5 Reasons You Need to Upgrade to an SSD

5 Reasons You Need to Upgrade to an SSD 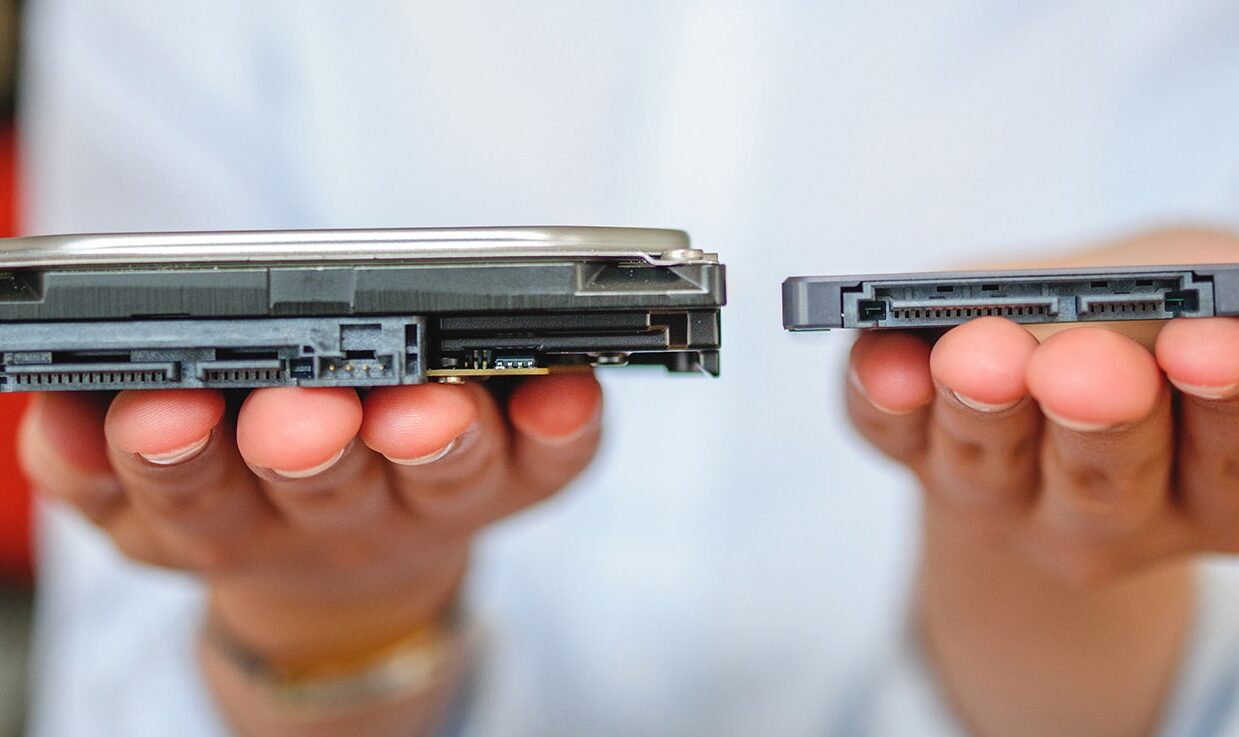 Few things are more frustrating than a slow or glitchy computer. Slow performance makes it difficult to get work done, and can also cause your computer to crash, overheat, and run out of battery sooner. If you’re looking for a cost-effective way to boost your slow computer’s performance without replacing the device entirely, consider upgrading from a hard disk drive (HDD) to a solid state drive (SSD). Upgrading to an SSD is affordable and makes an enormous difference in computer speed and performance.

Hard Drives vs. Solid State Drives: Why an SSD is Best for the Average User

SSDs are a fantastic alternative to traditional computer HDDs for those who are frequently on the go and have a need for speed. Dive deeper into the benefits of SSDs below to decide if an upgrade is in your future.

With an SSD, you’ll enjoy faster launch times, data retrieval, and overall performance. In fact, some SSDs can perform up to 30x faster than a traditional hard drive. If you utilize your device for school or work, this extra boost in speed could be the difference between finishing a project on time and missing a deadline.

2. SSDs are more efficient than HDDs.

When you install an SSD, your computer will require less energy to operate and save you battery life. This efficiency is particularly important for users that travel or are frequently away from their chargers.

Unlike HDDs with their platters and arms that are in constant motion, SSDs are lightweight and have no moving components. Because the SSD is entirely still, your computer will generate less heat and noise when operating with an SSD.

4. SSDs are lighter, yet more durable than HDDs.

As mentioned above, the design of the SSD is slimmer and more simplistic. Made without moving parts, an SSD is less likely to break if you drop your laptop into your bag or accidentally shake your computer while it’s operating. This durability is critical in order to keep your data safe and secure.

5. SSDs are more reliable than HDDs.

Who Should Upgrade to an SSD?

While an SSD isn’t for everyone, we highly recommend them for customers that meet the following criteria.

If you’ve decided you’re ready to harness the fast performance and dependability of an SSD, visit your local store. We also offer a wide range of computer services to help our customers get the most out of their laptop and desktop computers. Whether you own a MacBook or PC, our team of computer experts can help. We look forward to getting your device working as quickly and effectively as the day you got it!